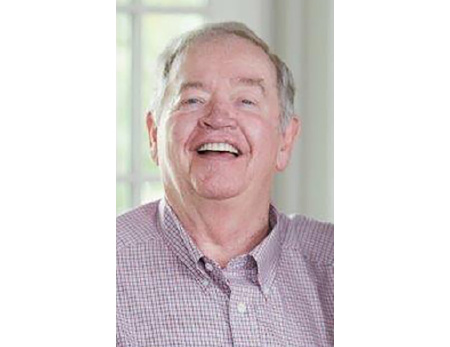 Don Vonderhaar, Sr. has always had close ties to the valley area of the city. Having grown up in Evendale on a dairy farm owned by his father and 2 uncles, he attended St. Peter & Paul school in Reading and later graduated from Roger Bacon High School in 1963. He began working for H&G Market in Reading in 1963 and subsequently purchased the market on January 1, 1969 at which point it became Vonderhaar’s Market. At that point the focus on the market was groceries and fresh meat. The ‘Catering’ portion came in 1970 when he catered his first event, his own wedding to Wilma on July 24. In 1976 he opened what was destined to become a community landmark and gathering space, Don’s Cream Whip. Over the years as Don oversaw the growth of market and catering business, many changes occurred and the market now offers many more items including a full service liquor store along with Craft Beers, Wines, Produce and our Specialty Catering side items to go along with our full service Meat Department. Don was a visionary and a pioneer as he introduced the concept of onsite grilling to the Greater Cincinnati Area and had custom designed grills (we now have 7 of these grills) in order to be able to grill at any location.

Don also never forgot the communities that supported him and helped make his business a success. He was always willing to support local teams and fundraisers and served on many local volunteer committees. He was a tremendous supporter of St. Rita School for the Deaf, a relationship that continues to the present.

Don and Wilma have three children, Don Jr., Jennifer and Kelly who all either currently work in the business now or have in the past. The same can be said of all 7 of his grandchildren, who all currently work for Vonderhaar’s Market & Catering.

Though no longer with us, his spirit lives on and he continues to be an inspiration to our success.

Jerry began working at Vonderhaar’s Catering in 1991 when he started dating Jennifer, Don Sr.’s daughter.  He worked part time until 1999 and then started working full time in the kitchen, eventually progressing to the main inventory & ordering person of all food, beverages & disposables for the Catering Department.  In 2001, he became the General Manager of operations and wears many hats at the company.. On any given day you can find Jerry acting as our technical support, fielding questions from outside company sales representatives and ensuring all daily operations are running smoothly.  As of March 7, 2018 Jerry has been tasked with running the entire company and overseeing all divisions of the operation.

Jerry is married to Jennifer and has three daughters, Kayla, Lauren and Molly. In his free time he enjoys training for marathons and playing a round of golf.

Don’s father, Don Vonderhaar, Sr., started Vonderhaar’s Catering in 1969 and when Don was younger, he started working at the store as soon as he was able in order to spend time with his Dad.  Don learned so much from him in his early years that by the time Don was an adult, he decided that this was what he wanted to do for his life’s work. Don was interested in taking what his dad had started to a new level and in a slightly different direction; a way to enhance and build upon the tremendous foundation his Mom and Dad had provided for the business. Although the operation still does many of the things that made Vonderhaar’s Catering very well known when the business started 50 years ago, the style of catering today varies greatly and encompasses a much more expanded and diverse menu as well as a complete array of event services including all types of rentals, beverage service and intricate event coordination.

Don is married to Gina and has two daughters, Allison and Kamryn. Other things that interests Don are traveling, football (Don is a Super Bowl enthusiast), cycling, golfing and getting outdoors.

Jim is our Retail Manger. Jim began working at Vonderhaar’s in 2008 and had 3 years previous foodservice experience prior to that.  Jim oversees the day-to-day operation of the market including handling all of the interviewing, hiring, supervising the training and scheduling for the meat department. Among many notable accomplishments while working for Vonderhaar’s, Jim is the creator of the family bundle packages and the family meal program.

Jim and his wife, Holly, enjoy raising their children, Taylor and Trent. Outside of work Jim is a huge wrestling fan and enjoys camping and fishing.